X
This site uses cookies to provide and improve your shopping experience. If you continue browsing, it is assumed that you consent to receive all cookies on this site.
More Info
Accept Cookies
Blog Home > General > Colourful motifs and abstract patterns
Menu
General

The influence of Morocco’s position in North Africa, boarding the Mediterranean Sea and the Atlantic Ocean, is prevalent through its local art and design. With cobalt and saffron being reminiscent of the of the oceans and sweeping deserts. While the epic mountain ranges and ancient medinas have inspired travellers for centuries. 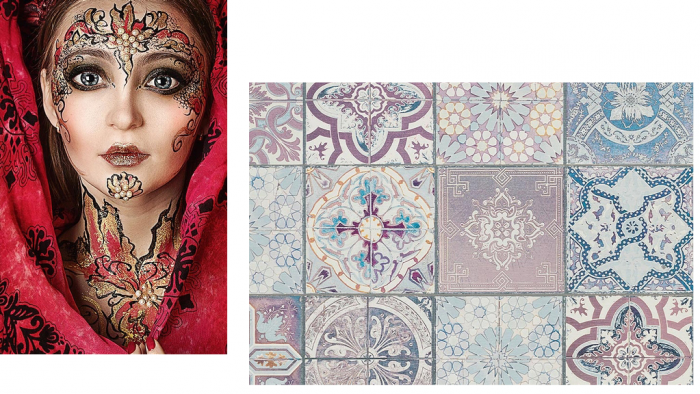 Originating in Morocco in the 10th century the original tiles were in subdued hues of white and grey. The pattern features geometric triangles, diamonds and delicate fauna. This is due to the representation of living beings being increasingly prohibited in Islamic tradition from the 9th century. As the style developed rich colours soon became the most popular option. There was an emphasis on cobalt and saffron being used as kitchen and bathroom walls. 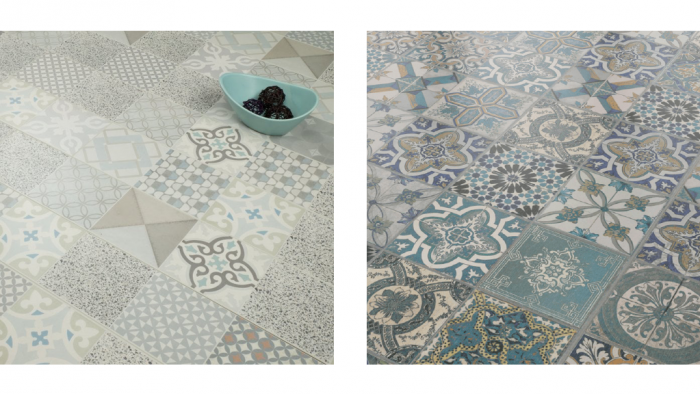 The patchwork appearance of the traditional hand laid tiles is replicated in our flooring through the misaligned pattern and grout. This will also ensure that your floor will be unique to your home once laid. Each laminate piece is finished with a smooth surface to give a sleek look, reminiscent of natural stone tiling. 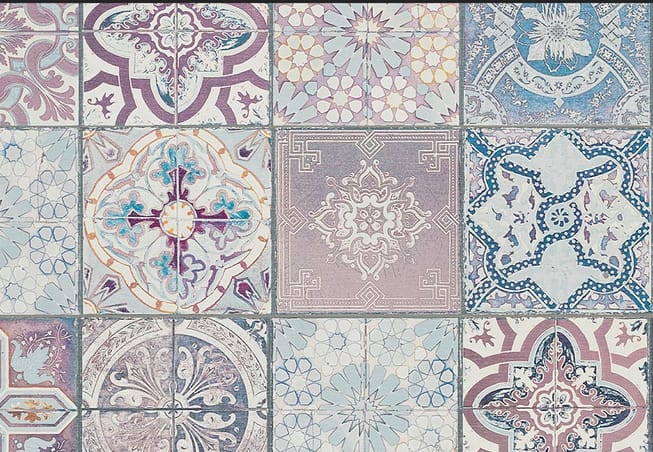 At the centre point between east and west, north and south Morocco’s architecture and interior design are influenced by its European and African neighbours. This results in amazingly vivid prints and patterns, with a strong focus on feature walls and mosaic tiles. 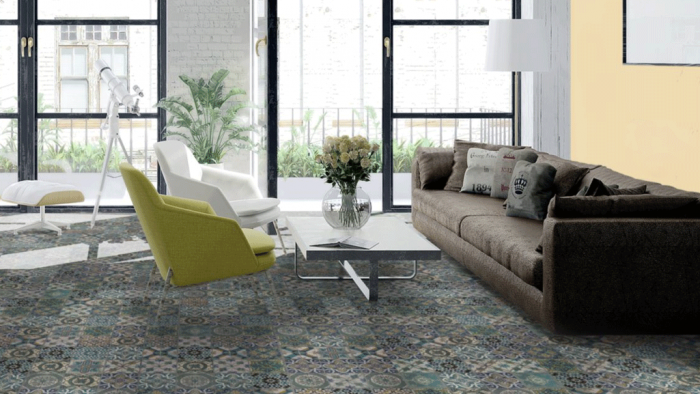 Moroccan decor is perfect for adding bohemian flair to your decor. The bright and carefree style is perfect for homes in the United Kingdom as it adds much-needed colour during winter. The use of lively colours, intricate details and texture can be found throughout walls and floors in Moroccan interior design. This is perhaps one of the easiest ways to introduce Moroccan style elements to your home. Think mosaic patterns, lantern-style lamps and textured throw pillows.